N.B. This article is the third installment of “Nomadic Sound Worlds,” a four-part series that explores Canadian contemporary music through the lens of present-day global migration. Published in 1999, a collection of essays named Letters of Transit: Reflections on Exile, Identity, Language, and Loss (ed. André Aciman) informs this project, with trajectories branching out from related themes including mobility, displacement, loss, reconciliation of polarized truths, and invention of selves. In this regard, the series will feature selected immigrant Canadian artists whose worlds collide with various personal stories of immigration.

Venturing towards downtown Toronto with a bicycle from North York has its own pros and cons. Aside from keeping transportation expenses low, physical fitness comes both as a priority and a reward. In one of these bike rides, I stumbled upon Harbourfront Centre on a cloudy June summer day and saw the House of Mirrors bending the perceptions of space and depth for those who enter it. Receiving its North American debut at the 2019 Luminato Festival, I decided to enter it and found myself inside a huge maze of mirrors conceived by Australian artists Christian Wagstaff and Keith Courtney. Acting as a modern-day Minotaur proved to be a challenge, with all surrounding mirrors confusing the senses and blurring the lines between reflections and real passageways. Most importantly, I found the resulting juxtapositions of various images very fascinating—one would see fragmented reflections of tall buildings and the surrounding city skyline. This is definitely what Toronto looks like, I thought to myself. 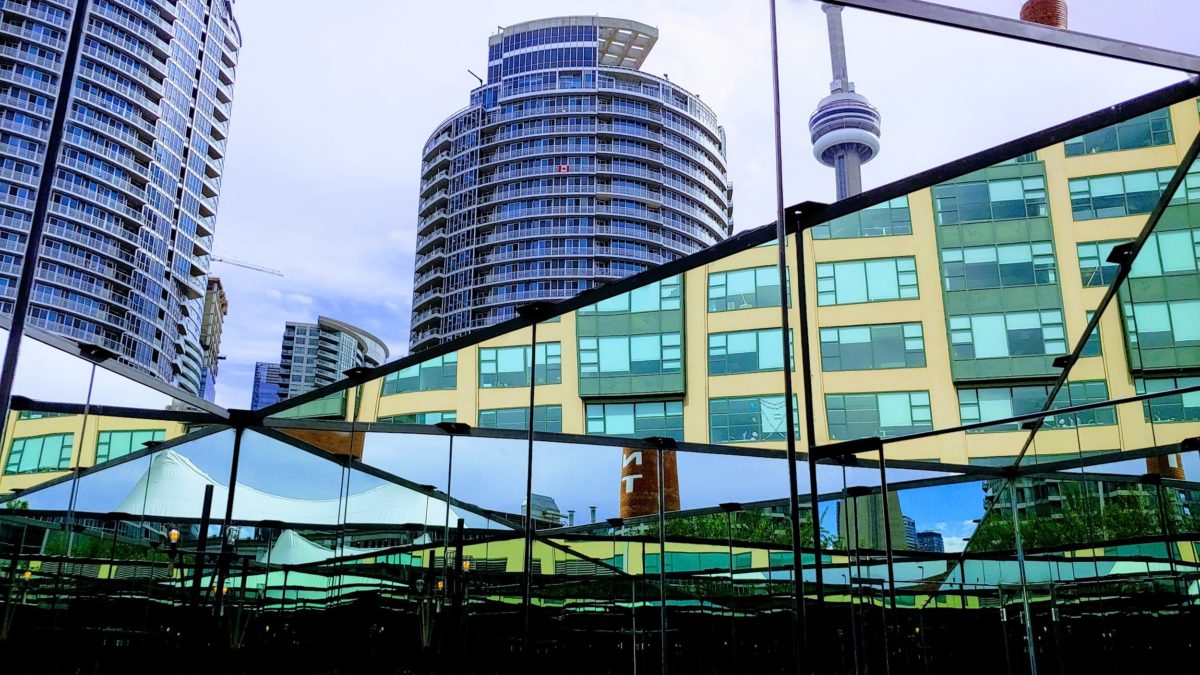